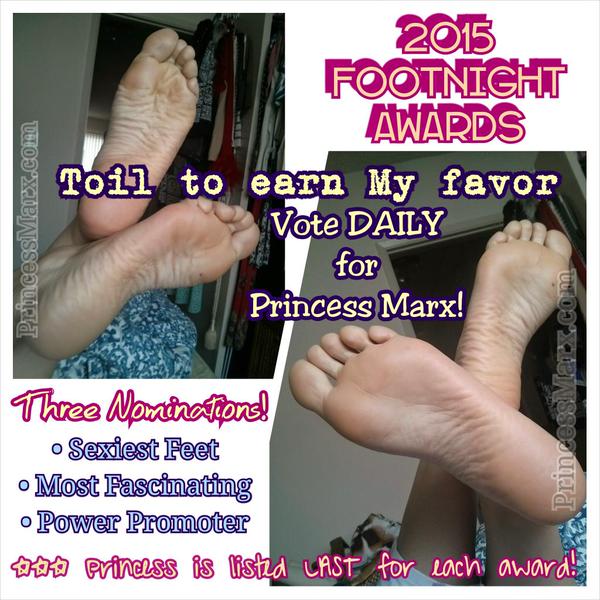 I want to thank My dear fans and O/our dear friends over at Footnight International for My second annual nomination for Footnight awards!  This year brought with it an unprecedented THREE nominations. Among them are Sexiest Feet, Most Fascinating and Captivating, and Power Promoter! I am so grateful to all of you for your continued support of these twinkly toes!

Those of you who have seen My feet know they pass muster even for vanilla print advertising. My toes go in a steady, gradual line from the pinky to the big toe (no one protruding toe), My soles are soft and always pedicured, and I have beautiful long nailbeds that are the envy of all My pedicurists!

A little on My history with Footnight:

I was first introduced to Footnight in 2007, when I met one of My earliest mentors, Princess Kali. 2 years later, I attended My first of many Boston Footnights (March 2009), and in July of 2009, I also attended My first Footnight outside of Boston – right here in Los Angeles! It’s hard to believe I’ve been coming to Footnight for almost been 6 years!

Until 2013, that was My only non-Boston Footnight, but My attendance in the last year and a half has been far more regular. In both of the award years covered by that period, My adoring fans and the good folks at Footnight have been kind enough to nominate Me for awards. I’m grateful to you. 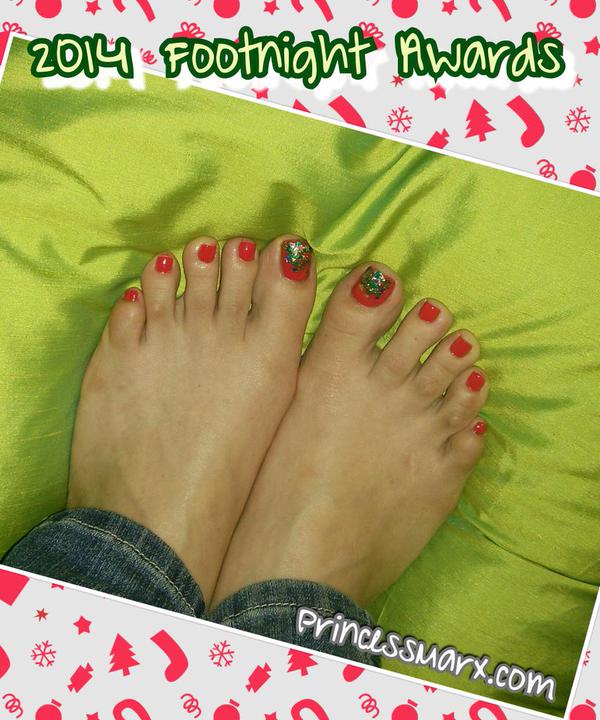 One thought on “Three Nominations for the 2015 Footnight Awards!”