The Man Who Would Objectify 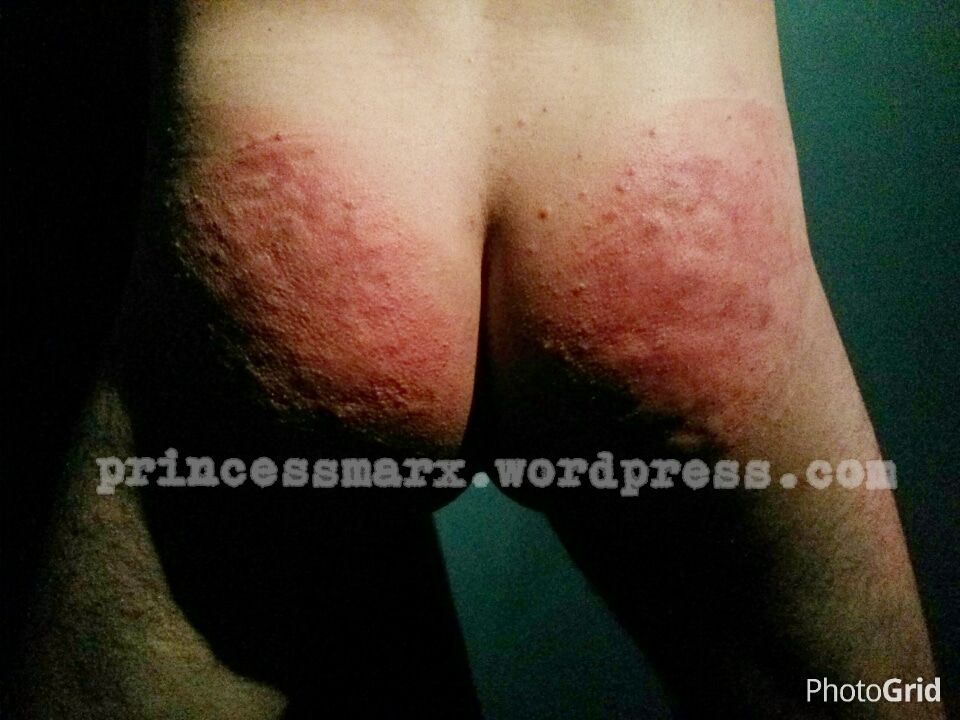 The poor bastard’s cheeks about halfway through the session.

Today’s poor sucker came in requesting a moderate-to-heavy beating. Of course, I agreed. It had been a while since I’d given a heavy beating — oh no, wait. It hadn’t. I’d just given one the day before.

But I was hankerin’ [for a ruthless beatdown], so I agreed. No ball busting this time, but I suppose a girl can live without that…sometimes.

I was curious to assess this inferior creature’s stance toward Women so that our beating might take on greater meaning. He claimed (when asked) that he exalted Women, but as you, dear reader, surely know, even the most submissive of men are guilty of some fairly predictable pitfalls that don’t actually serve Women (or the men themselves), and are usually actually downright misogynist.

I asked the poor bastard to contemplate, as I rode him around the room, the 3 most recent injustices he had committed against Women.

A few minutes into his beating (after a warmup with floggers), he confessed his first sin to Me: that he objectifies Women. He confessed that even that same morning, he had hit on, objectified, and shamed a barista by asking her whether she gets asked out a lot, and then asking her how many of these offers she accepts, implying (at least in his mind, which is the linchpin in those actions) that she was a slut. He confessed to this openly and with remorse. Of course, a proper thrashing was doled out – with some fancy canes compliments of Leyland Toys. It was then that he first cried out in agony. 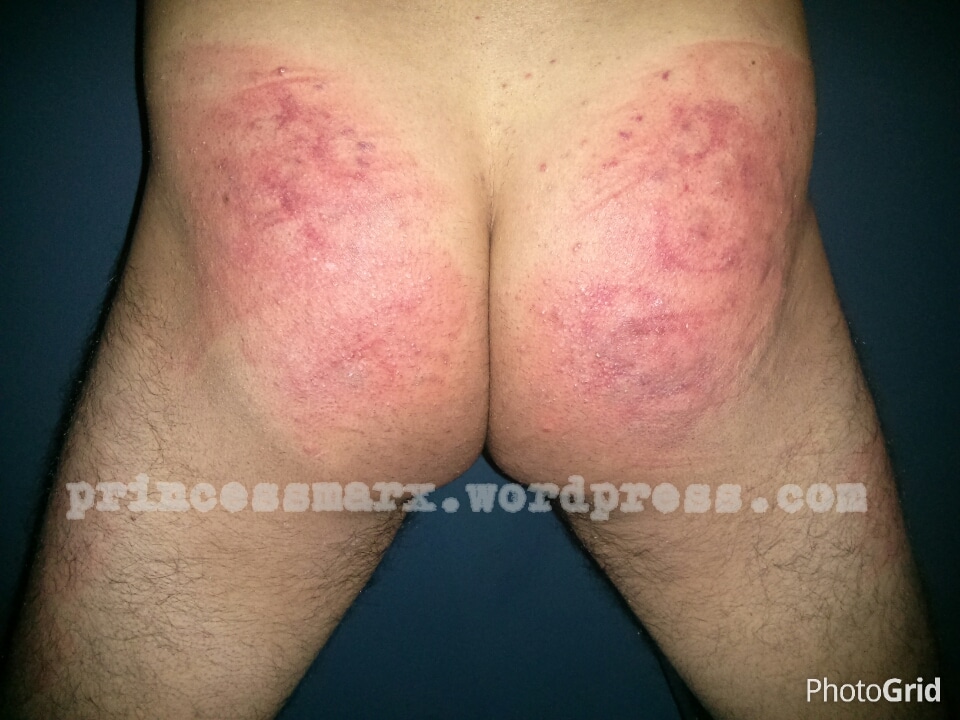 I recommend avoiding objectifying Me for My looks.

As I beat him with a 7-belt strap, I educated him on the wrongs of slut-shaming and objectification. I can get pretty nasty verbally – and ruthless, physically – when beating someone with a purpose.

But I also noted an even more recent infraction, which he had failed to confess: the fact that he chose Me of the 4 total Women who were on staff today. He had to have objectified each and every single one of us in order to make his selection, and I have no doubt that in his version of ‘sexy,’ my particular look was the sexiest. This was the greatest demonstration of his actual misogyny.

(This, in a longer post, would be a good segue into a discussion of not only the privileges, but also the burdens, of being fetishized as an “exotic-looking” Woman. For now, I simply recommend Edward Said’s Orientalism.)

He was aptly punished with a giant metal paddle for this crime (which, of all the wrongs he committed, in My mind, was the worst). I then proceeded to dragon-tail him for purposely calling Me “Mistress” instead of “Princess,” in spite of specific instructions to do the opposite.

He also confessed that he had not only not called his mother for Mother’s Day (even though she apparently doesn’t nag him when he calls, or give him any other reason not to avoid her), but that he also only calls her once a month. He also confessed that he doesn’t call his sister very much because he doesn’t approve of her life choices. Of course, he was punished for those wrongs, too. And below is his status about twenty minutes before the end. Additional beatings were given after the picture was taken, and the flash kind of whited-out the 3-inch black-and-blue circles on the lower side of his bum.

Enjoy. 😉 And watch your misogyny.