Read about My recent exploits beating & humiliating an eager submissive in front of a mixed crowd of upscale kinksters & non-kinksters alike.

At first blush, the Petit Ermitage is another chic, upscale West Hollywood boutique hotel boasting choice chefs, unique, luxe decor, and posh accommodations. But, if you’re in the know, the Petit Ermitage hosts one of L.A.’s best kept secrets: a social club akin to the legendary SoHo Club, and so exclusive that you can’t even Google its membership information.

The Petit Ermitage Social Club’s soirees are curated by the mystique-filled artistry of House of Kaya. A few months ago, I had the pleasure and honor of being invited to perform at one of these. This particular party was Jim-Henson themed, and one lucky submissive and I dressed as kinky, BDSM-themed versions of Miss Piggy and Kermit the frog. Other performers were dreamy versions of other Henson characters – two sexy, pasty-clad Big Birds, a Casablanca-like Count, a sexy Elmo, and a host of other requisite characters, sans sexy, including the Cookie Monster and another Elmo.

Throughout the night, I encouraged attendees to give Kermie the ol’ college spank. Although some were hesitant, most people got totally into it. Poor Kermie, who has Wolverine-like recovery and only marks with sustained and heavy beatings, definitely had a warm bum on the way home.

If you have a kinky or vanilla event of your own in mind, and would like to politely request the pleasure of My company (or if you would like to attend a kinky event of My choosing), see here for more information.

And for the closest thing to official insight on the Petit Ermitage Social Club, see here. 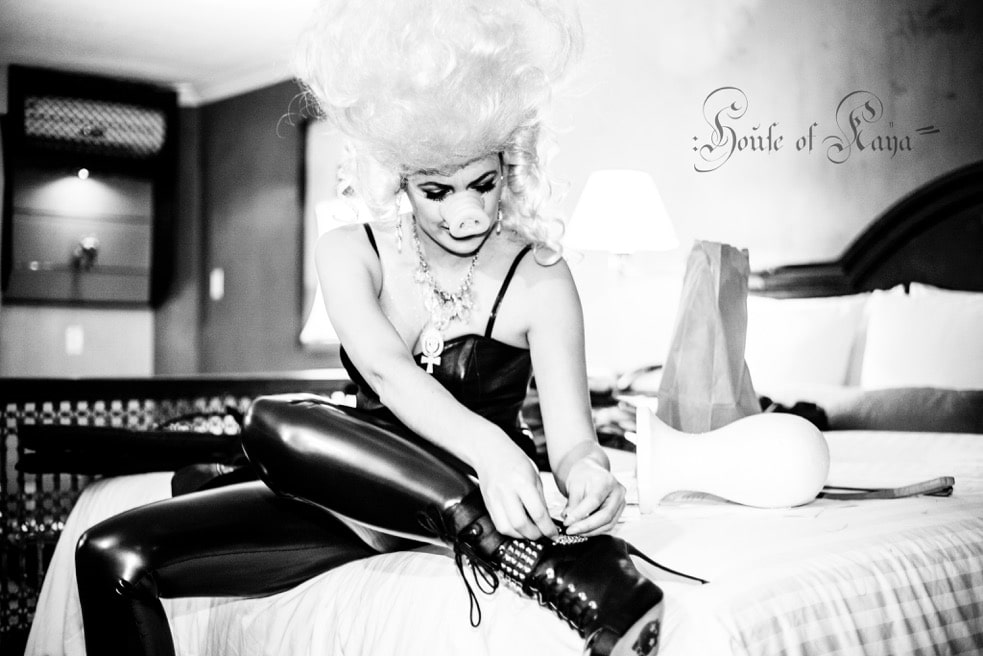 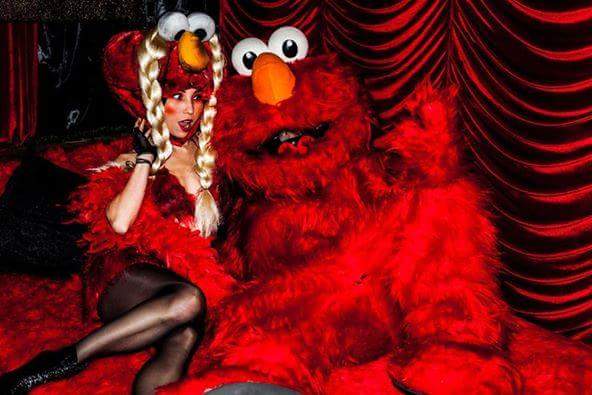 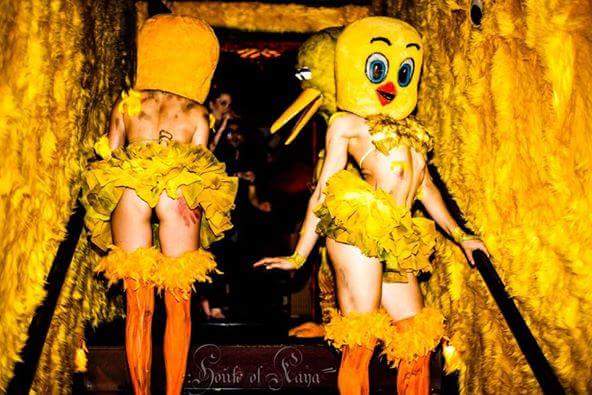