I am sure it’s no accident that the below two were My faves in 2014, but I STILL can’t get enough of either of them! “Bitch in Business” is frequently stuck in My head, and I LOVE IT every time. There’s a 90% chance that if I’m writing you an email, this song is running through My head.

The other one is a parody of “Blurred Lines” (scroll past My writing to see it).

Although I do truly love this video, it is not exempt from criticism, generally relating to

I will discuss primarily Criticisms 2 and 5. The rest are certainly not insignificant, and I had actually expounded on them in a much longer post, which I promptly deleted, because they are largely self explanatory. On the other hand, Criticisms 2 and 5 require additional discussion, in my opinion – plus, I am most guilty of those two, Myself, so they were more interesting to discuss.

So, let Me be clear: I personally very much *enjoy* some of the things I’m criticizing here (especially in Criticisms 2 and 5). But just because they’re Mine, doesn’t mean they’re beyond reproach. I am criticizing this video for things that I, Myself, at times also perpetuate, making me basically a hypocrite.

For example, regarding Criticism 5 (the pigeon-holing of empowered/enlightened Women exclusively into sexually Dominant roles): Even though dominating silly, ineffectual men is certainly *My* cat’s meow, I contest its portrayal as the sole mode of sexuality for enlightened and empowered Women. While I personally identify as 99% sexually Dominant with men, it *has* happened before (well, once) that I felt genuinely (although not perpetually…lol!) submissive to a cis-male. And, in fantasy, I certainly find sub Female/Dom male interaction appealing (just not in real life, for Me, *usually*). So who’s to say that the only way to be an empowered, enlightened Woman is to identify as a Domme? 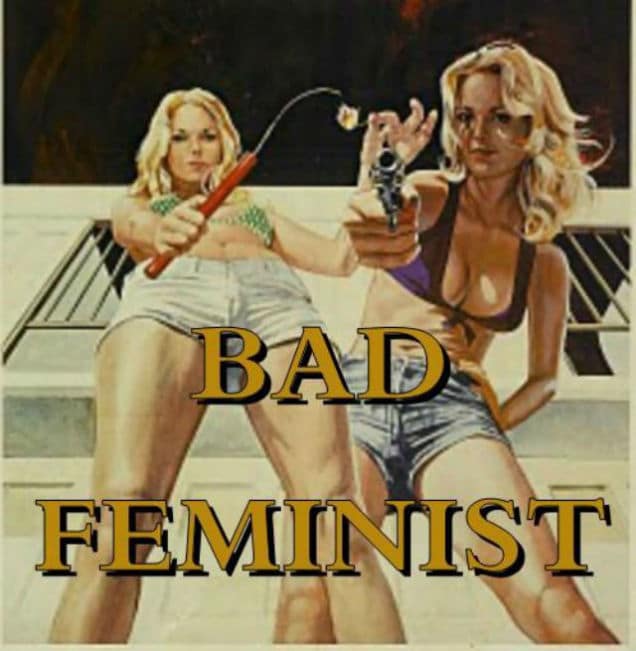 In truth, our sexual preferences are hardly as static as the video, popular culture, and/or society would like us to think. They morph, change, and evolve over time. Empowerment means being able to choose, and whether that means for a Woman to be submissive or Dominant is entirely up to her – not even other Feminists get to give her a moral imperative.

Continuing on the train of My own, fucked up preferences and hypocrisies:

Regarding my criticism in Criticism 2 (the perpetuation of sexual objectification, merely targeted at a different gender): I am the world’s biggest lecher. I’m often accused of being “manly” or “like a man” in My sexual objectification alike (as if there were anything inherently “manly” about sexualizing people!), though I objectify men and Women alike. (Does that make Me a gay/bi man, according to that lecher logic?)

The point is, of course I, too, objectify men. And I love every second of it. But that doesn’t mean it’s not problematic – and the best we can do to counter our own biases is to critically examine them, their roots in history, and their impact in society. And then permit ourselves to be a little naughty with consenting partners who are (hopefully) equally aware of the problematic-ness (and inherent titillating danger) of playing with fire. 😉

I suspect the Girls in “Bitch in Business” have similar, competing feelings of their own, and that they put out this video fully aware of them. I’m a product of My environment as much as the next person, and at times, I, too (gasp!) have problematic fantasies. The important part is that, in our day to day lives and treatment of others, we engage critically with the problematic issues and examine our hypocrisies. Being aware, conscious, informed – the opposite of being ignorant – and attempting to treat others in a way that demonstrates this awareness – is the best that we can do while living in an imperfect world that leaves its ugly imprints on us in spite of our best efforts.

But before I go, one more beef I can’t quite square: why is she riding on the BACK of that motorcycle? Shouldn’t she be driving it?

In closing, it’s still a great parody and I’m gonna keep singing it, like, all day, errr day. Rant over.

Enjoy this version of Blurred Lines, with many of the same caveats as for the above video.

One thought on “My Two Favorite Parodies of 2014: Bitches, Bad Feminists, & Applied Ethics”