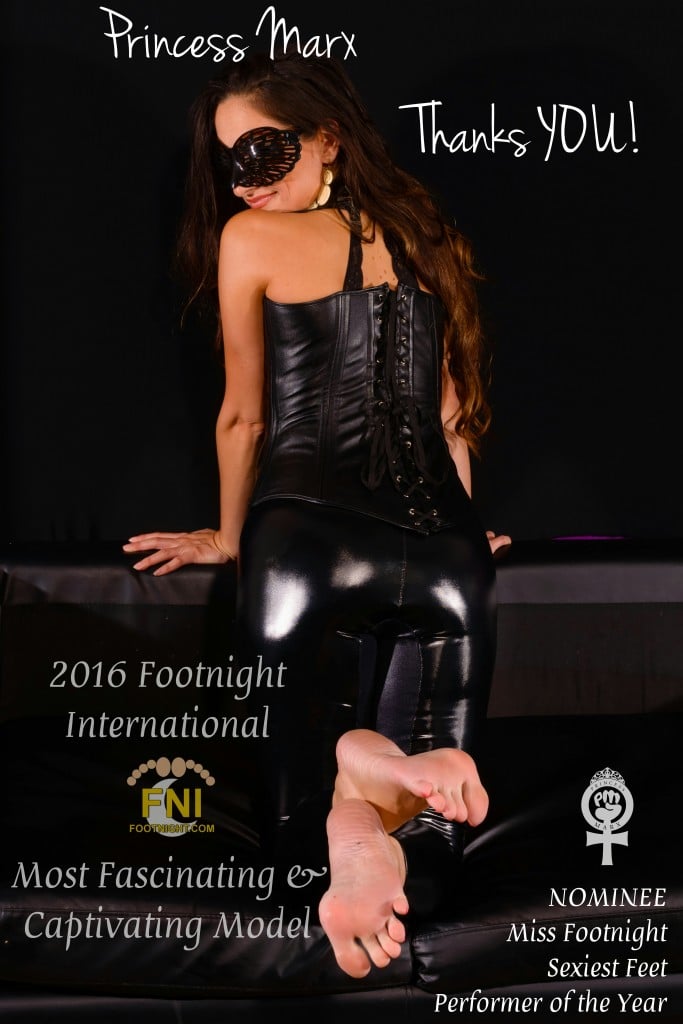 A big, fat, giant THANK YOU to all of My fans who voted in the 2016 Footnight International Awards!

On January 28, I received the 2016 Footnight Most Fascinating & Captivating Model Award. According to Footnight, the award goes to:

The year’s most unique, interesting, and fascinating model – a lady who stands out in the crowd, different, independent…A maverick among models!

A maverick! Imagine that! 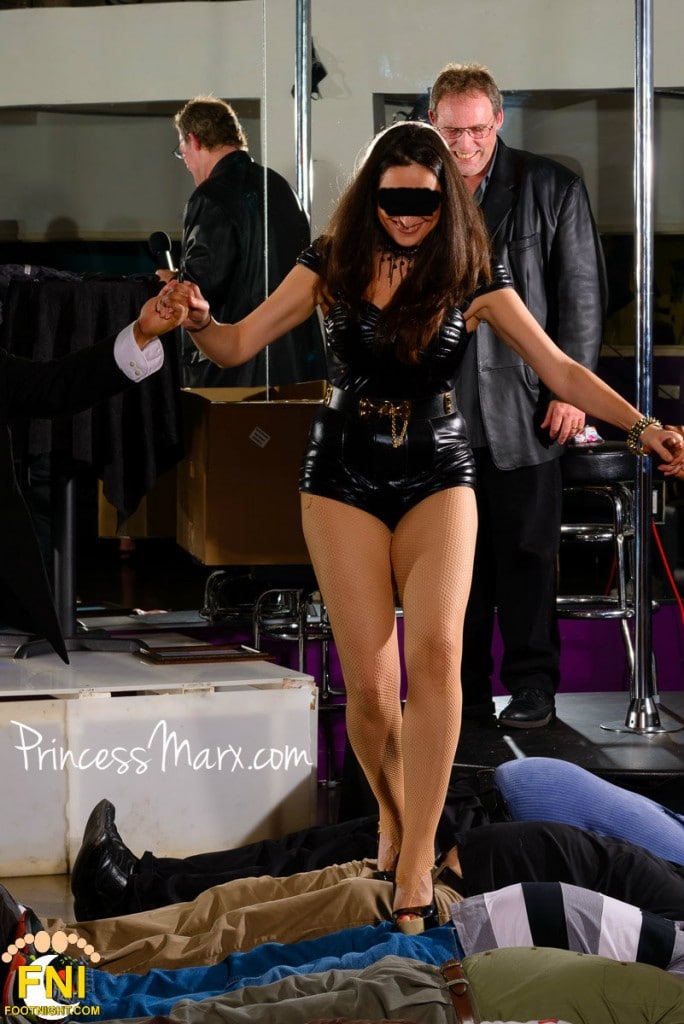 The ceremonial Human Red Carpet: Princess Marx descends from the stage by trampling a trail of crotches. She shows you what she thinks of your penis!

I am so grateful to you, my loyal and dedicated fans and clients in Los Angeles and beyond, and especially to Steve Savage and Jacqueline DuMonde, who make the magic happen. Not to be forgotten in My thanks are all of the amazing Footnight staff, including Tad the photographer, Chef Patrick, Ray, Dewayne, and Russell and Renee.

This year, you voted for and nominated me in 4 categories – that’s more categories than I have ever been nominated in, and every single one of my nominations was in the top most competitive categories! I am beyond grateful for all of your support!

The award I received is officially called the “Lady Ice Queen and Princess Ice Most Fascinating & Captivating Model Award.” No, it is not a nod to my own Ice Queen/Princess disposition – though it is coincidentally fitting. The award is named in honor of two very special women, mother-and-daughter Footnight models, Lady IceQueen and Princess Ice, who, in Steve’s words, “were the essence of what this award is all about.”

It the 2nd most competitive category this year, so it is a HUGE honor.

As many of you know, I began My career in Professional Domination indirectly through Footnight: I met Princess Kali in Boston 9 years ago – She was My direct intro to ProDomming – and She then introduced Me to Footnight. I’ve been a Footnight model for 7 years, and have attended parties all over the country – Boston, Dallas, San Francisco, Las Vegas, San Diego, and more. This was the 3rd year in a row that I was nominated for Footnight awards – essentially, every year since I’ve been in Los Angeles. 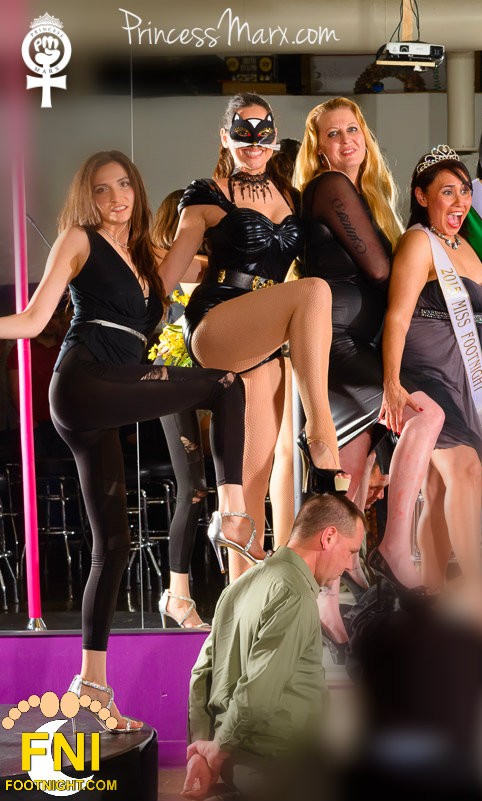 Princess Marx (2nd from left), Kitty Kissin, and Renee Adams at the 2016 Footnight Awards. Princess decided to put her shoe on one of the slave’s shoulders. When the other models followed suit, she had to up the game, and put her shoe on his head!

If you’ve missed Me at past Footnights, you can look forward to worshiping My feet at the next Footnight in Southern California (always announced on My Twitter and on My Calendar), or by scheduling a private foot worship session with Me.

My feet have been consistently nominated “Sexiest Feet” every single year, and I am told they are even perfect by vanilla modeling standards: My toes go from short to long gradually so that they form a straight line – no one toe stands out between its neighbors.

So…come see what all the fuss is about 😉 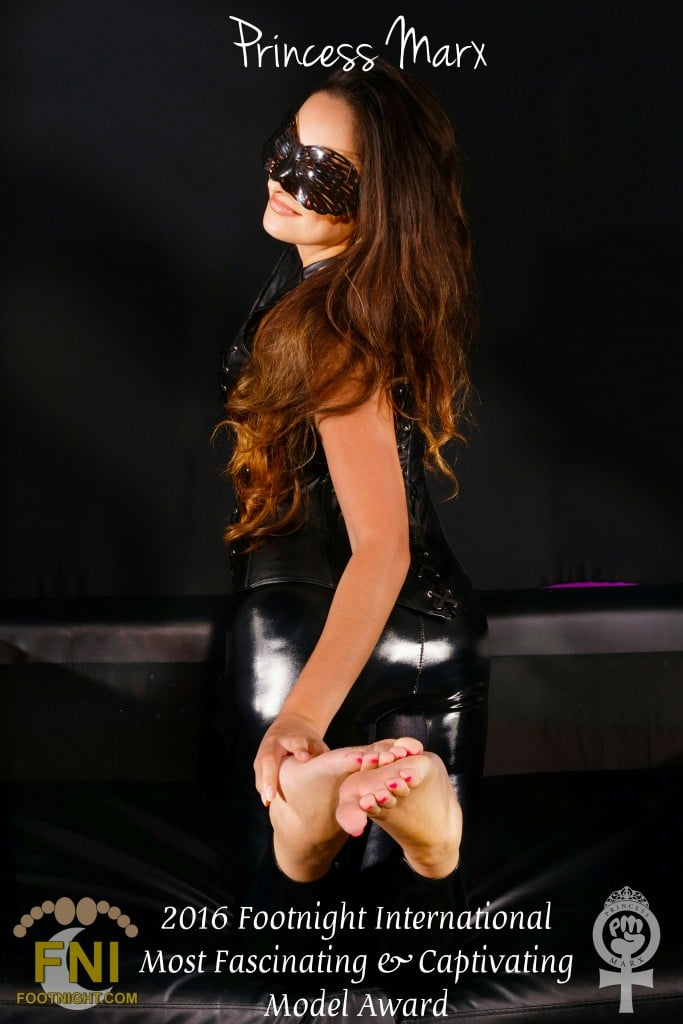 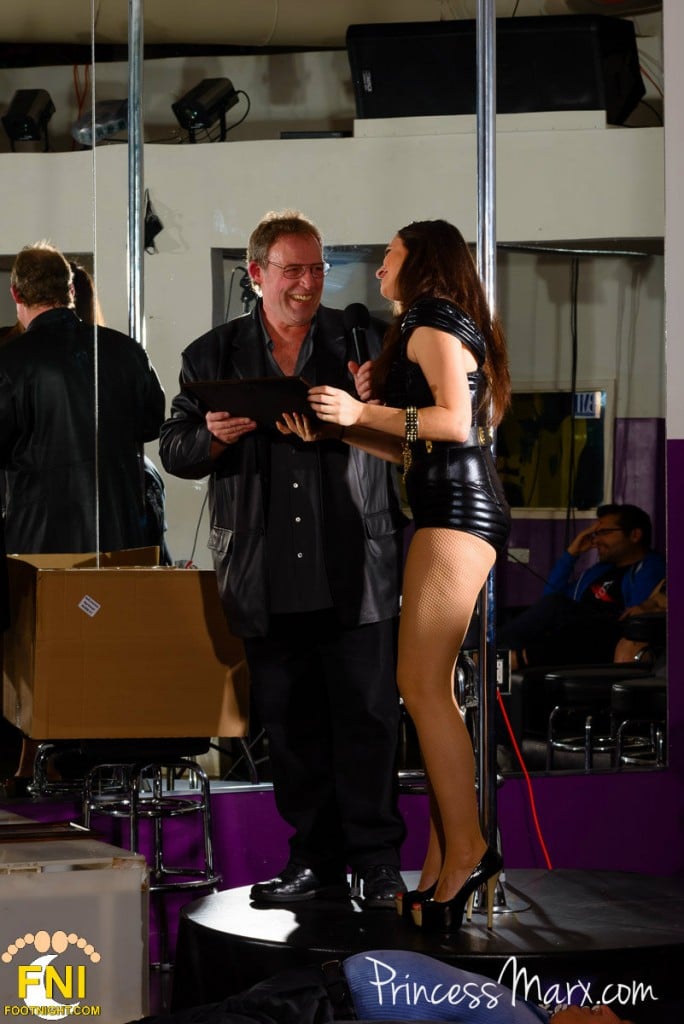